Reflections on Health Disparities: Food Deserts and Living with Diabetes

What one consumes shapes their health. However, access to quality and affordable food is not a given. While the majority of US households (88%) have reliable access and regular intake of food, some lower income communities struggle disproportionately. They regularly face food insecurity. Compared to the national average of 12%, almost one-third (31.6%) of low-income households were food insecure. Racial and ethnic differences are present, with African American households having a two-fold higher risk of being food insecure.

Access to quality and affordable food is a health disparity. A discussion of health disparities requires addressing issues from a multidisciplinary perspective. Socioeconomics, infrastructure issues, and politics come into play with food source availability, especially in poorer areas. These areas are where more people with diabetes, obesity, and hypertension are likely to be found.

Researchers have explored whether people with diabetes experience more significant health disadvantages when they live in areas that lack physical access to fresh, healthy foods. It seems evident that limited access to healthy foods further compounds health problems. Diabetes management is also more challenging in food swamps and deserts because of greater immediate access to less healthy, processed foods. One study found greater rates of hospitalization in adults with diabetes who live in food swamps (Phillips, 2020).

Foods that are high in processed carbohydrates and preservatives have a longer shelf-life but come with the risk of high blood sugars, blood pressure, and cholesterol. People with diabetes or other chronic health conditions may have the dilemma of adding fuel to the fire with low quality food, while they face health complications and high medication costs.

However, research on food deserts and health outcomes tells a more complex story. Here, the business principle of supply and demand and examples of a known food desert and social interventions in Chicago, Illinois (the author’s hometown) will be used to challenge or expand upon the previous research findings.

Research on Food Deserts and Health

Berkowitz et al. conducted a prospective cohort study of a random sample of 391 people with diabetes within a primary care network. The participants completed an assessment regarding food insecurity (Berkowitz et al., 2018). In the study, researchers designated an area to have “low access” if there was no supermarket within one mile (urban settings) and 10 miles (rural.) A review of electronic health records provided three years of HbA1C measurements. Researchers correlated these results with access to food and food insecurity.

In a different study, researchers used the SEARCH for Diabetes in Youth Case-Control study to evaluate the relationship between type II diabetes in youth and their neighborhood characteristics, including whether they lived in areas considered food deserts, according to the census tract (Liese et al., 2018). They found that the majority of links between diabetes and neighborhood socioeconomic characteristics were attributable to individual differences.

Between 2010 and 2014, Banner et al. (2020) conducted a retrospective cohort study in Chicago, Illinois, which evaluated the correlation between women developing gestational diabetes and living in food deserts, as categorized according to the USDA Food Access Research Atlas. Of the 191,947 study-eligible women, 8,709 (4.5%) were diagnosed with gestational diabetes. Pregnant women who lived in food deserts were more likely to be younger, obese, of a minority race or ethnicity, and to have given birth to more than one child (Banner et al., 2020).

The conclusion may relate to available health interventions for pregnant women, infants, and young children up to age five, such as the Women, Infants, and Children (WIC) nutrition program. Several WIC offices and regional WIC stores have been located throughout Chicago, particularly within neighborhoods with higher poverty levels. Perhaps, this is one of the environmental factors (an intervention) that made food access an insignificant contributor to incidences of gestational diabetes mellitus within the Banner et al. (2020) study cohort.

From this author’s personal experience working as a Family Case Manager at a WIC office in Chicago, a partnership between social service agencies and prenatal health care may address pregnant women’s health care. Together, they can do community outreach to pregnant women to engage them in programs that help meet various needs, including transportation assistance to ensure they can access healthy foods and attend medical appointments. Maybe this type of engagement does effectively help to reduce the chances of women developing gestational diabetes, despite some of them living in food deserts.

Large urban centers are not without access issues to healthy, affordable food. A poor metropolitan area can be a food desert when there are no significant food retailers, residents have no access to gardening, and they have to travel several miles for affordably priced food.

Many neighborhood residents with access to vehicles shop for groceries in the neighboring south Chicago suburbs or nearby towns across Indiana’s state border (Malagón, 2021). There had been no major food retailers in this neighborhood for a long time. A few years ago, the current councilman pushed for a Walmart store opening on the far east end of the community. The hopes were to attract other developers and bring needed stores to the area, like Aldi, Pete’s Fresh Market, and Save-A-Lot (Malagón, 2021).

Studies have determined the impacts of food deserts like Roseland, Chicago on higher death rates in those living with chronic diseases and more significant pregnancy morbidity. Program funding has fueled efforts to improve access to clinics and bolster community-based initiatives in these areas.

The Effects of COVID-19 and Social Unrest

The COVID-19 pandemic caused panic among American citizens, who began to hoard food and other items. It led to increased demand, limited supply, and empty store shelves. The pandemic also caused massive job losses, with lower income groups disproportionately affected. With less money, people were at risk for food shortages. In Chicago, Illinois, the pandemic had caused the cancellation of city-sponsored neighborhood farmers’ markets. Those markets supported local farmers to address food deserts in various city neighborhoods, even if they were only seasonal. 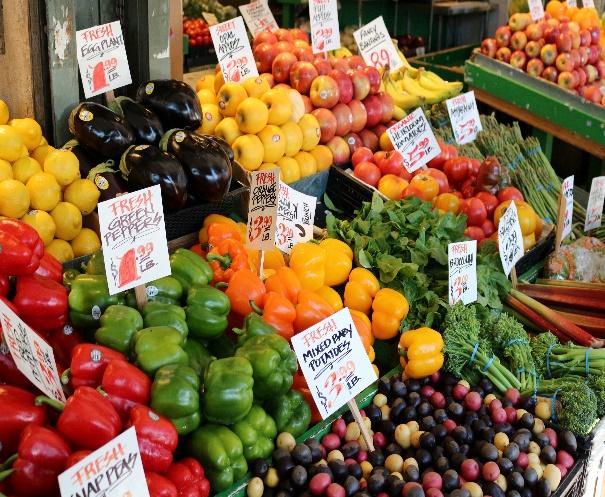 In the summer of 2020, amid the pandemic, several major American cities and surrounding areas held protests, with riots breaking out in some as a response to the unlawful death of George Floyd under the custody of the police. Unfortunately, some of the much-needed food stores were looted, especially in predominantly black areas.

For example, in Chicago, many of the chain stores within the primarily black neighborhoods (including the Roseland neighborhood) were looted and burned during the Summer 2020 protests, along with several other “mom & pop” stores. (There was disagreement about which particular social groups were responsible for the looting in various cases on the political scene.)

The looting went on for a couple of days, and it caused many people to have to travel further away to get food and other items, as it took several weeks and even months for some stores to reopen. Some retail chains decided not to reopen some of their locations. Many smaller stores were unable to reopen at all. People with diabetes and other serious health concerns did not even have the usual, limited access to healthy food items near home.

Some of the lootings occurred in more centralized, racially and ethnically diverse areas, but to a more limited degree, due to heavy policing of those areas. In some cases, neighborhood members gathered to self-police and counter looters. This effort led to unnecessary violence towards innocent people.

Small groups organized to deliver food to the doorsteps of the older people in the affected neighborhoods. The local food depository worked with organizations to give away food at neighborhood locations. Food pantries became busier and frequented by more people also. Still, transportation to and from those supplemental food resources has likely been a concern for some people. 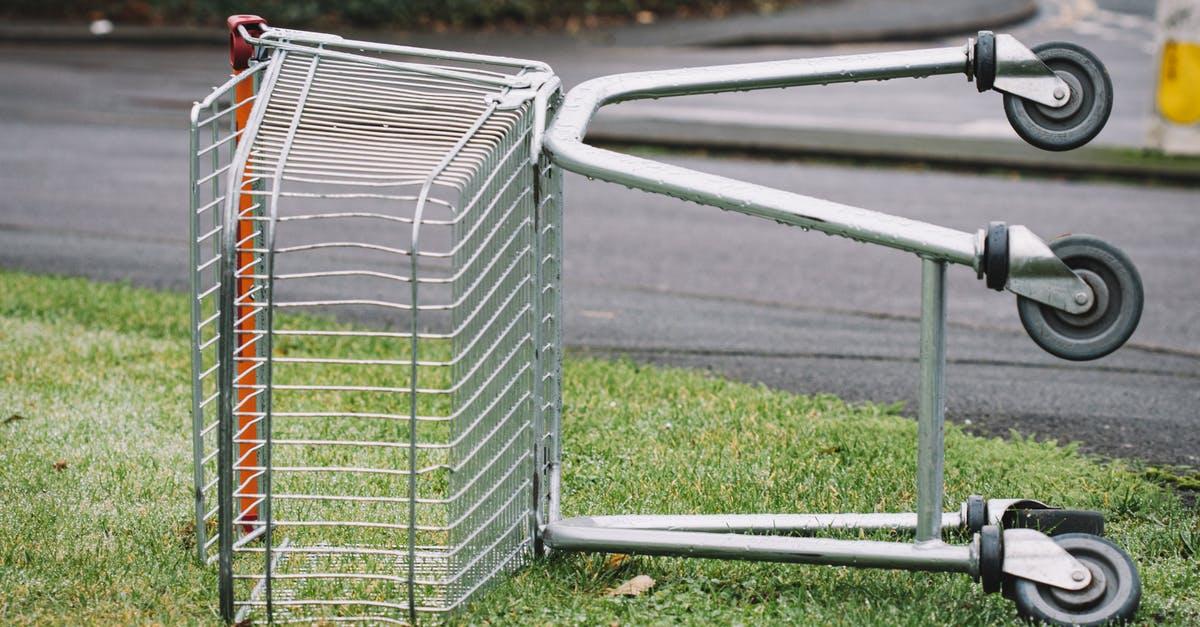 There certainly has been a potential health decline in some people with diabetes in Chicago during the pandemic. Compounding this was that diabetes is an underlying health risk factor for severe COVID-19, contributing to many deaths, which many believe were preventable. Concerning the future, providing sustainable, year-round means for eliminating food deserts within this city and other locations could help decrease the adverse effects of living with diabetes.

Researchers from the Berkowitz et al. (2020) study have found some correlation between food insecurity and diabetes outcomes. If the previous research findings apply the business principle of supply and demand, food prices are higher in locations with low physical access to food. Especially during the COVID-19 pandemic, there was a more inadequate food supply. The changes led to increased demand, even in smaller populations, partly due to the higher food transport costs for those areas.

So, contrasting with other previous research findings, the connection between low physical access to food and the lack of affordable food, particularly in less densely populated areas, could adversely affect the health of poorer residents of these areas with diabetes. Another consideration is that more impoverished people with diabetes sometimes decide between food or the expensive costs for diabetic medicines and supplies.

In agreement with the conclusion of the Berkowitz et al. (2018) study, food insecurity, due to physical location, could lead to a need for some area residents to have more support in diabetes management.

Moving forward, urban planners and policymakers (or politicians) should let go of seeking to fund frivolous projects that beautify areas and provide limited functional value to area residents. Funding should ensure that people have adequate and equitable access to needed resources like food, health service sites, and transportation.

Health program designers and planners should not disregard any new information from the experiences of people with diabetes regarding food availability during the COVID-19 pandemic. This information could provide insight into narrowing this particular health gap and addressing food and nutritional needs. Food insecurity correlates with worse diabetes control.

Family and individual education and income levels influence behaviors, including food-buying and eating behaviors, regardless of where people live. The combination of having diabetes while being poor, less educated (especially about health matters), living where physical access to healthier foods is limited, and, mainly, being members of minority ethnic or racial groups presents evident health disparities. Overcoming health disparities involves a multidisciplinary approach that engages all stakeholders, including patients, their families, health care providers, healthcare planners, health educators, social service agencies, urban planners, policymakers, taxpayers, and others. A good start would be to focus more on eliminating food source availability problems, particularly food deserts.

Stephanie M. Edwards, MBA, PsyD (ABD), is a Chicago native. She has studied the life sciences, community health, sociology, business administration, and psychology. Stephanie has a broad range of employment experiences, including several focused on developing people and providing them with the resources they need or desire to thrive and live healthy, well-adjusted lives. She is a homeschooling parent and works independently. She enjoys spending time with her daughter, catching up with friends, listening to music, singing, making jewelry, creating art designs for her Redbubble online artist’s shop, taking dance classes, and watching gymnastics, ice skating, extreme sports, basketball, and boxing.

I am a Chicago native. I have studied the life sciences, community health, sociology, business administration, and psychology, and I have a broad range of employment experiences, including several that have focused on developing people and providing them with the resources they need or desire to live healthy, well-adjusted lives. I am currently a homeschooling parent, and I work independently. I enjoy spending time with my daughter, catching up with friends, listening to music, singing, making jewelry, creating art designs for my Redbubble online artist's shop, taking dance classes, and watching gymnastics, ice skating, extreme sports, basketball, and boxing. View all posts by Stephanie M. Edwards, MBA, PsyD (ABD)

This site uses Akismet to reduce spam. Learn how your comment data is processed.